The past 2 days have been a blur. On Friday I said tearful goodbyes to my family and other exchange students before hopping on a plane along with many other exchange students. After 7 hours of Tv and bad food we arrived at Singapore airport at the equivalent of around 1am in Australian time. So as you can imagine we were exhausted. We had a 4 hour lay over where I met with the other ten aussie students bound for Switzerland. They are all so nice and I am so excited for the language camp next week where I will be spending 10 days with them and the other swiss students. One of the girls, Chloe will also be going to my school. Anyway after 4 hours of lying on airport floors trying desperately not to fall asleep we boarded our next flight to our new home. I attempted to sleep and ended up having about 2 hours so as I am writing this I am almost falling asleep since I have been awake for about 45+ hours! So when I arrived in Switzerland I was super excited and after grabbing my baggage I was greeted by my amazing new host family! They (my host sister, her friend, my host mother and my host dad) were waiting for me at the airport with a big sign saying ‘Welcome Jaimee’. And there dog was there too! In Switzerland dogs can go everywhere with you; in the airport, on trains etc. But to go on public transport they need their own travel pass (I’m not kidding)! 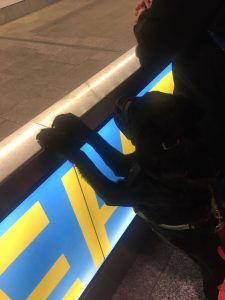 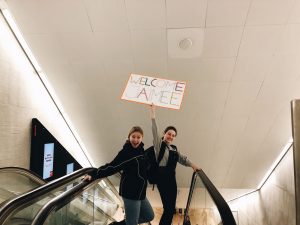 After we left the airport we went straight to buy my travel pass which is called a GA. Its an awesome pass and I am so lucky to get it because it provides you with unlimited travel around the entire country including boats, cable cars, trains, buses. Then we got on a train (that had tables) and we headed towards my new home town Biel/Bienne. On the train ride I saw all these adorable houses out the window that were nothing like you would see in Australia but when I pointed out how cute they were Ella and Lina (my host sister and her friend) both laughed because the houses I was looking at were in what they thought of as the gross old part of the city. Once we arrived in Biel and put our big coats on we walked back to my new house which was a 10 minute walk. I passed really beautiful old buildings and very close to the house were some fresh food markets where my host mum Nadja bought me some flowers for my room.

My home for the first few months is way different to my house in Australia. There are 3 levels and my bedroom is on the top floor just opposite Ella’s. The house has lots of cool artworks and furniture in their house (also a lot of orange and red which is not that common in Australia)! My room is so pretty and has an awesome view. I haven’t bothered to unpack my suitcase because I will needit for next Tuesday when I leave for language camp. 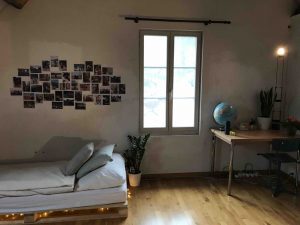 So what else have I done today? Well after being given a tour of the house we had lunch which was pasta and salad made by my host mum. Then Ella, Lina and I walked down the street and hopped on this thing that is kind of like a cable car but it stays on the ground. So sort of like an uphill tram. Oh andbefore we got on there was a little shop at the tiny station where Ella bought a Kinder suprise egg and bar which she shared with me to give me a taste of swiss chocolate! At the top of the tram/cable car there was a little bit of snow which was very exciting and we walked through it towards Lina’s house. The street I was walking on had an amazing view of the entire town of Biel and the alps in the background. Now you are probably wondering why we went to Lina’s house? Well we went to collect her 3 sleds and some snow pants and gloves because tomorrow we are going to a place outside Biel where we will go sledding! I am so excited!We each had to carry a sled and poor Ella had to carry the bag with all the snow gear as well :-)! On the way back we went in the opposite direction. We walked right through the forest until we reached the road where we caught a bus straight back to Ella’s house. We were all so tired (me from Jet lag and the others from waking up at 4 to come and meet me at the airport) so we went up to Ellas bedroom and have just been chilling here. I am writing this post, Lina is on her phone in the hammock and Ella is asleep! 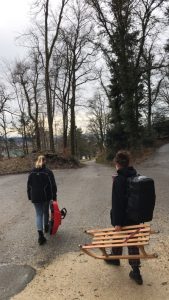 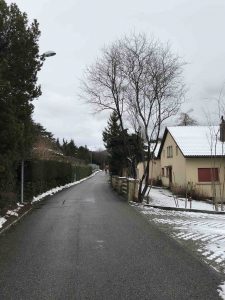 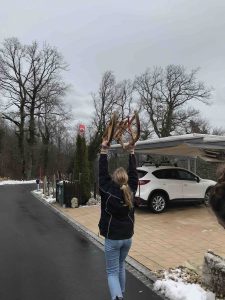 This afternoon my councillor and some other Rotary Officials are coming to visit to welcome me and say hello. After that hopefully I can have a shower and go to bed.

The last thing before I sign out; my host dad went with me to the post office on our way home from the station to see about setting up my bank account but first I need togo to what I think translates to the local council to register as a member of the town. We will also speak to my councillor this arvo about my sim card and I will find out more about my Language Camp next week.

Hi Jaimee, I’m glad you arrived safely. Sounds like you are loving the new experiences. Have a great time sledding xx

What a well written account of your first couple of days. Sounds amazing and like you are having a wondeful adventure already. Hope you enjoy the languasge camp xx

Wow hope we manage to receive such descriptive messages. Sounds like you have hit the ground running, well done Jaimee.
Sounds like Ella & Lina have plans to keep you busy & the fun to keep coming.
Looking forward to future posts & send hugs ❤️♥️

glad you are having fun and eating well love nan 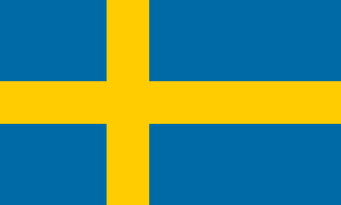